What is a Container? And how is it different than a Virtual Machine?

As a youngster in High School, I enjoyed English more than any other class. Sometimes I found it maddening when the teachers forced us to read books I had zero interest in (I’m looking at you, The Lillies of the Field!) or books like Lord of the Flies, where I had more in common with the overweight asthmatic Piggy (spoiler: he gets his head bashed in). And, as I found out, Star Trek books don’t really count for Classical Literature. Where was a good book when I needed one? Last of the Breed had been published, but nobody had led me to it. 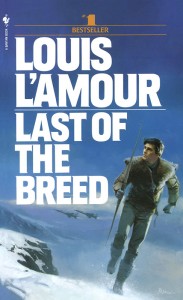 Last of the Breed Image courtesy of  LouisLAmour.com

A friend online on Prodigy (this was the early 90’s when dialup ruled king) talked about this book about dinosaurs that seemed interesting, and I became a Michael Crichton fan. Having exhausted the Library of his books, I was left with a void for decent books to read.

In my junior year, I made the switch from standard High School to Home Studies. Every Tuesday I would go to a single teacher, turn in my assignments, and get new ones for the following week. A stark contrast from the majority of High School teachers (who were stuck with spending the significant amounts of class time dealing with kids rather than teaching something), my Home Studies teacher was an interesting and friendly older man who really took an interest in me as a person, and introduced me to truly wonderful literature that I still love to this day.

Enter Last of the Breed

One fateful Tuesday, the literary void was filled when he handed me the book “Last of the Breed” by Louis L’Amour. I was quite concerned that it would be some silly Western, but he assured me that it was not a Western. I read the back cover of the paperback book, and promised to read it. Which was good, since it was an assignment I was graded for.

As I previously mentioned, I was quite a fan of Michael Crichton novels (my favorite being Sphere) by the ripe young age of 17. I was leery of The Last of The Breed. It didn’t contain any science fiction, technology, or even any scientific premise at all. It was a book about a man on the run. How interesting could that be? Far more than I realized!

The story is that of US Air Force Major Joseph Makatozi, a test pilot who is shot down and taken captive by the ambitious Russian Colonel Arkady Zamatev. Cast into prison in the thick taiga of Siberia, he must escape and rely on his Native American heritage and boyhood training to survive an entire winter in the forever frozen landscape.

Placed in the mid to late 1980’s toward the end of the Cold War, Last of the Breed explores the vast and deadly beauty of Siberia and its Soviet government. Contrasted with this are the stories of men and women who survive despite oppression, and one man, Joe Mack, who is the target of a nationwide man hunt. One such hunter is a man much, yet very opposite Joe Mack. Alekhin, a native Yakut, a skilled tracker and hunter, a man with no conscience, pursues Joe Mack toward a final showdown with a surprising ending.

Last of the Breed contains elements that just about anyone can relate to, and the story is masterfully told. L’Amour’s writing stirs the imagination and brings to life things never seen by the average reader. As an adult, I’ve re-read the book several times. Most recently, I read it aloud in its entirety to my very ill wife. We’ve read the book aloud to each other in the past, and it’s a story we enjoy very much. That we can reread it so many times and find new things to appreciate really lends to the depth of Last of the Breed, and the skillful storytelling of its author.

Whether you read the book on paper or in an electronic from, be sure to head to LouisLamour.com for a larger version of the map shown at the front of the book.  They are friendly folks there and you would do well to purchase your copy through them if you don’t use Amazon.

Have you read Last of the Breed? Leave a comment, and let us know your favorite part, or character.