I posted last about a giant recumbent bicycle build. In that post I mentioned that I built a welder. Well, I’m ramping up to build another recumbent. So that means we need another welder. And at first I was going to build another welder, but then I discovered Offerup.com. Offerup is how I got some killer tires for my Suburban, so I kept an eye on it for a welder that wouldn’t kill me. It also had to be something super cheap. I keep reading about guys who say “oh yeah, I bought a welder at a garage sale for $10, it works great!” Well why can’t I find one of those? The alternative was to buy a welder on Amazon that’s basically just a transformer in a box. But, it’s adjustable. So that was cool. But it is also $75 and I’m cheap.

I kept watching on Offerup and it didn’t take long until I’d hit what just might be paydirt. Behold. The glorious Misc Dot Welder. 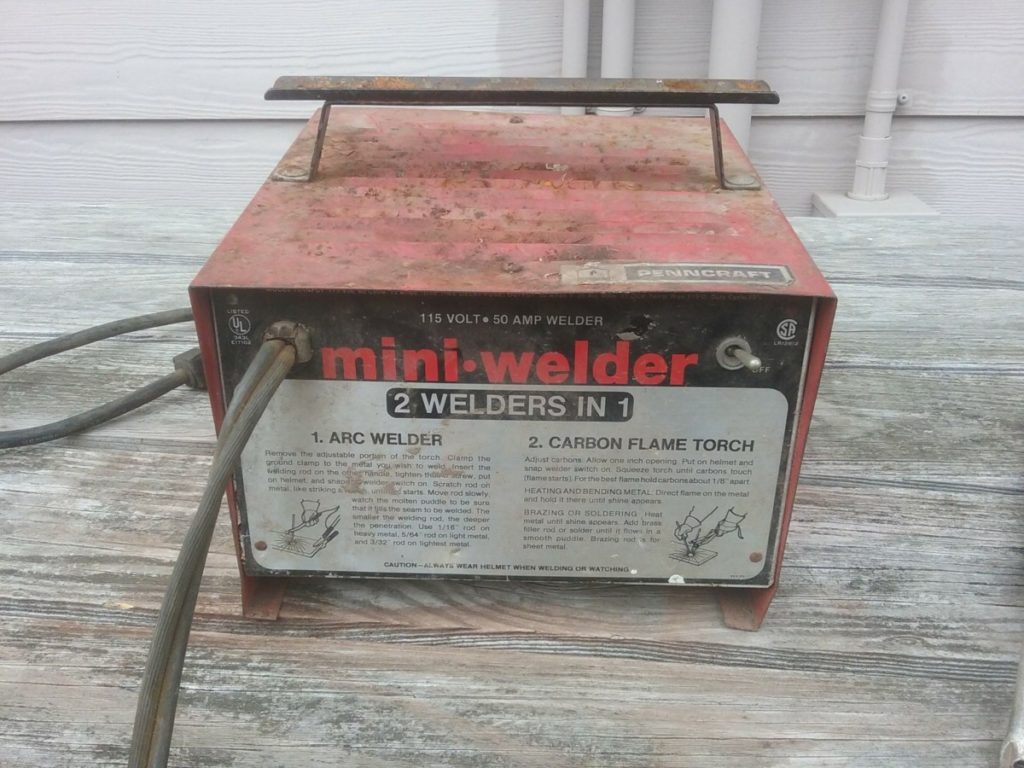 It’s an old Penncraft welder, originally sold by JC Penny probably when I was about 10.  This thing is pretty gross if I’m gonna be honest.  It looks like it’s got old socks in it and it needs a good cleaning. 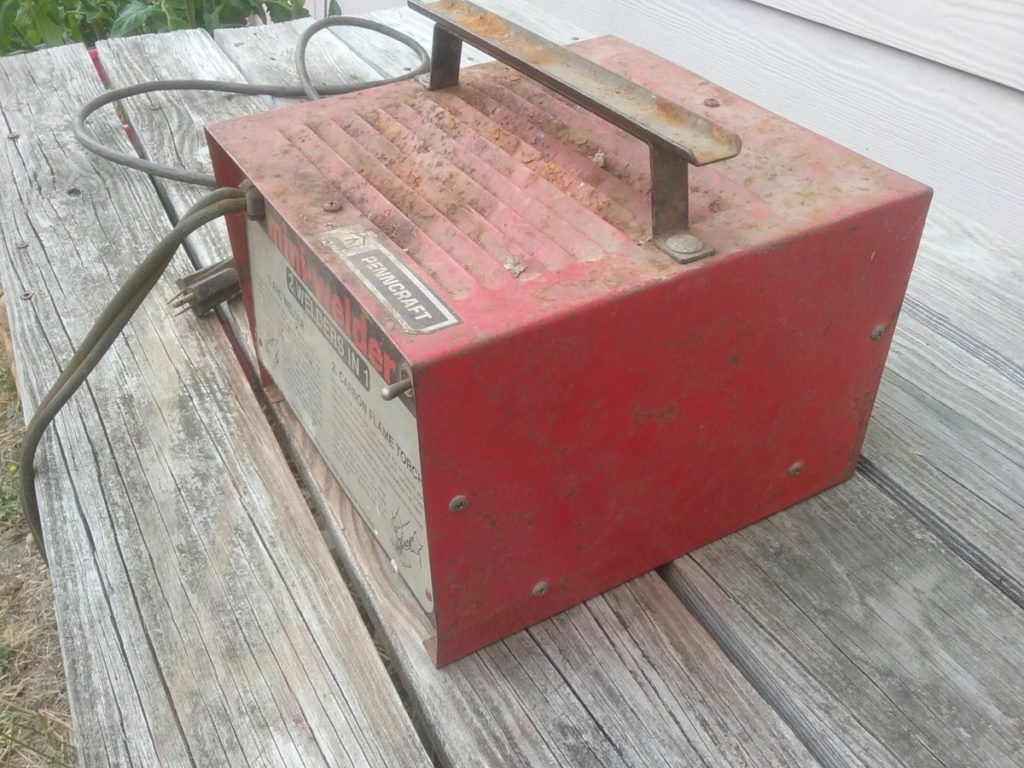 It’s gross. It’s rusty crusty dirty and dusty. Off comes the lid for an inspection. 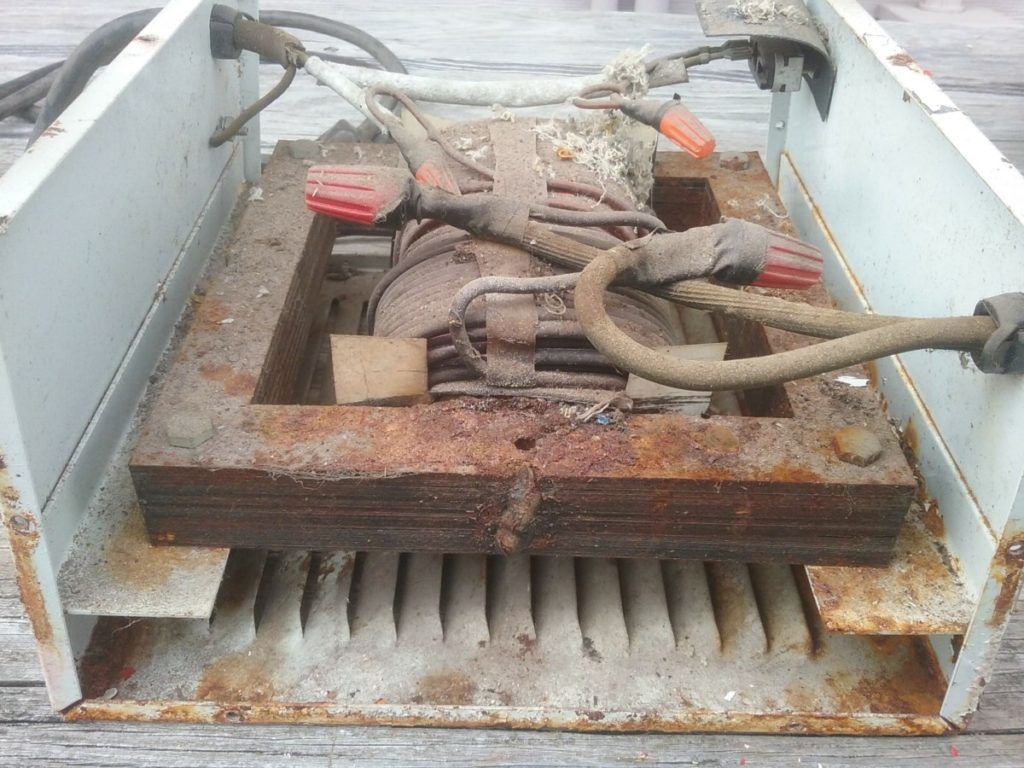 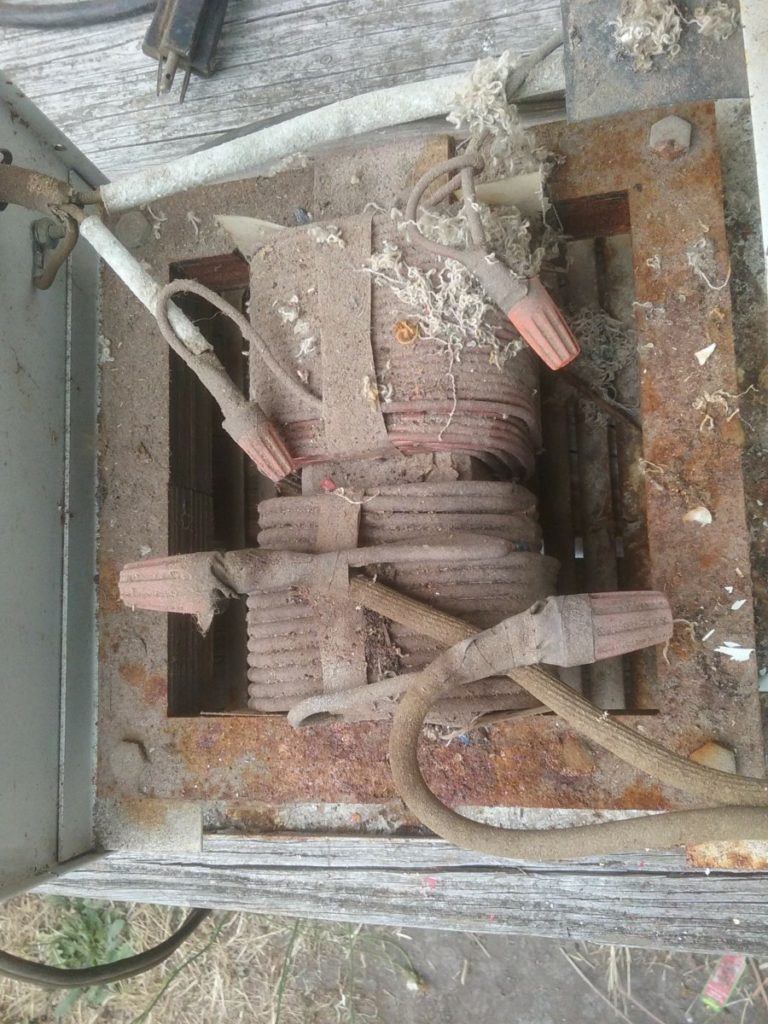 So yeah. It’s pretty gross and I’m afraid if I plug it in I’ll blow a breaker or start a fire. It’s time to clean it up! 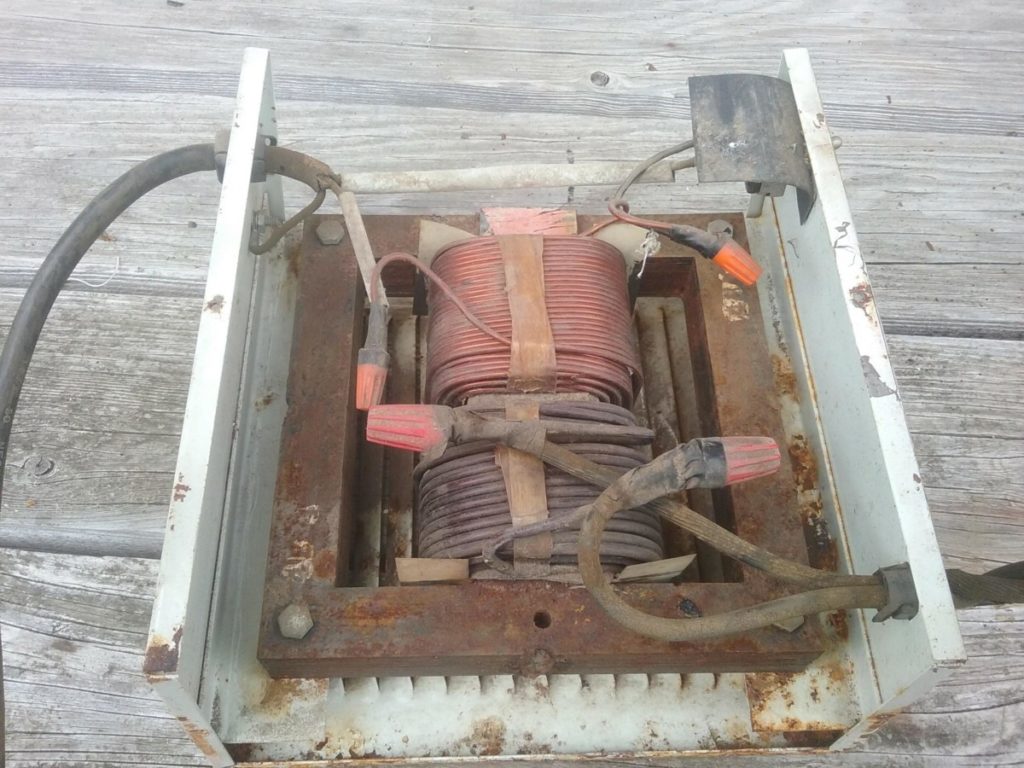 Now it doesn’t look quite as flammable.

The question is… does it work? Let the testing commence. Check out the first stage of testing in the video below. Don’t forget to subscribe!