QRP Labs QSX: Will You Be Able to Build It?

In September of 2017 I built a QRP Labs U3S and posted my initial review of it on This Blog.  That was over a year ago though, and since then a lot has changed. So lets catch up and re-review the U3S and talk about what it can do, and how you can get the most out of it.

The U3S: A beacon transmitter

The U3S  puts out a beacon signal on a schedule, and then you can check the beacon propagation using online websites. The most popular beacon mode is WSPR  (pronounced “whisper”) and for this article that’s what we’ll focus on.

The U3S puts out 200mw of power and makes use of interchangeable Low Pass Filters so you can change the band it transmits on. QRP Labs also sells a Low Pass Filter switching kit that works with the U3S so you can transmit on up to 7 bands.

Why run a WSPR beacon?

The Weak Signal Propagation Reporting Network is comprised of beacons, receivers, and a website that ties them all together. When a WSPR beacon transmits its signal, it sends 3 things: Callsign, Location, Power output (measured in Db). When a receiver decodes the beacon signal, they report the time the signal was heard, the frequency it was heard on, and the signal strength. Then you can to go the WSPR website and see who heard you and how strong the signal was. It’s not a proper QSO and you can’t log it. But it is extremely satisfying to see your signal be heard thousands of miles away when your output is only 1/5 watt!

Running a WSPR beacon teaches you not just about your antennas performance but also about band propagation characteristics. Plus, when you’re not doing anything else with radio, you can just leave your beacon running and check on its performance for a bit of fun throughout the day.

Getting started with the U3S

When you order a QRP Labs U3S, you’ll select any band between 2200m and 222mhz.  You only get to select one, but don’t worry- you can add more later. If you’re not sure if WSPR is for you and you just want to give it a try, go ahead and just select one band that suits you and your antenna system. Otherwise, see further below for how to make it a multi-band unit.

But, a word of advice: Spend the extra money and get the QLG1 GPS receiver kit with it! There are two extremely good reasons for this. First of all, the GPS kit sets the time on the U3S. Timing is everything in WSPR and if your time is off, the beacon is useless. The second is that it also calibrates the frequency. Both of these are huuuuuge. I would even go as far as saying that the U3S is not ready for WSPR without the QLG1 GPS receiver. By itself it cannot calibrate frequency, and the time drifts too far within 2-3 days of being on, and that’s assuming that you were able to set the time accurately (which isn’t very easy in my opinion). So, order the U3S and the QLG1 with it at the very least.

Hans has a way of writing his instruction manuals that is both informative and simple at the same time. The U3S build is over all quite easy. There’s one toroid to wind, and you have the option of using a bifilar winding. Do it. It’s kinda fun and offers better performance. You’re going to need some basic tools, and I cover all those on my page “Low Budget Tools and Parts For The Budget Builder” so make sure you check that page out.

You’ll need an enclosure for the U3S and you can buy one from QRP Labs. I prefer to build my own enclosures and make them unique if possible, and so I used an old bread pan that my wife was throwing away. I jokingly call it the “Bread Pan U3S”. Look further along in the article for some pictures.

The U3S runs on 5 volts. There are a number of ways you can go about giving it the needed voltage. One way might be to use a power supply from a smart phone charger, cutting up an old USB cord and powering it directly from the charger. That would almost certainly work, although I have not tried it.

If your’e like many hams, you’ve got a 12V bench supply at the ready. So, it’s time to convert that to 5V. The traditional way is to use an LM7805 regulator and a couple of capacitors.

I wrote about that in the article A Simple 5v Power Supply for Arduino, U3S and more. The other option is to use a buck converter step down module.  This is my preferred way to get 5v these days. My own U3S uses a 7805 but if that ever dies, I’m using the step down module in its place. The main reason is that the 7805 can get very hot- it wastes the extra voltage as heat. The buck convert does not. It is much more efficient, and that matters especially for projects requiring battery power.

The U3S is complete as-is, and is useful especially with the QLG1 GPS added to it. But, there’s a few things that I added to mine that made it easier to configure. The first thing I did was purchase some button switches for it. I used these Normally Open momentary switches you can get on Amazon. You’ll only need a couple but this way you’ll have some for your junk box.

The next thing I needed for mine was a SO239 connector. The U3S kit comes with a BNC but I’ve standardized on PL259/SO239 as much as I can. I used one of these. I used a power switch from my junk box, but any SPST switch will work. Remember to switch 12V, not 5V.

I installed the Ultimate relay-switched LPF kit from QRP Labs. It lets me have beacons on up to 7 bands, since the U3S has one LPF plus the six switched LPF’s. My G7FEK antenna can handle 80 through 10m without a tuner, and so I set my U3S up for 40m, 30m, 20m, 17m, and 15m. Later on I’ll be adding 80m and 10m to that. Yes- 7 bands, all in one U3S! The switch kit is also neat because you can configure it for different outputs per band. So, if you want to set up a 2m or 6m beacon but your main antenna doesn’t support that, then you can connect another antenna to the oddball band, and have it switch automatically. It’s a very well designed kit with a lot of flexibility and options.

Here are a couple of pictures of my own Bread Pan U3S with its QLG1 and 6 Band Relay Switch Kit installed. Be sure to scroll down further for the results of my own U3S testing! 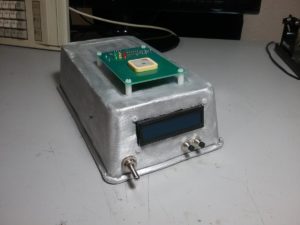 The Bread Pan U3S in all its glory. The LCD cutout was done with a sharp knife since the aluminum was very very thin. The aluminum was wire brushed to look presentable. 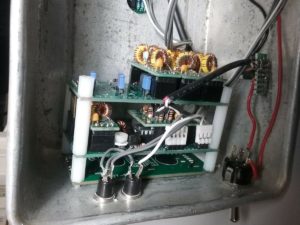 You’ll notice a couple sockets missing- I didn’t need them so I didn’t install them. I’ll be adding them, and two more filters, later. 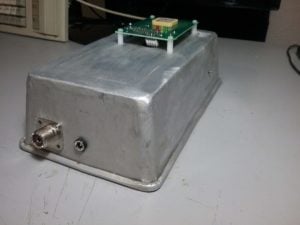 SO239, power connector on the back of the case and the QLG1 bolted to the top using standoffs. The QLG1 has its connector soldered underneath so that it isn’t sticking up, and a hole in the bread pan gives room for the cable.

I recently had some of the best results I’ve ever seen. From my QTH in CN87ga (near Olympia WA) my signal was heard way out near Sao Paulo, Brazil- a trek of 8900 miles, on just 200mw of power on 40m. That was an extraordinary event and really goes to show how exciting WSPR beacons can be! 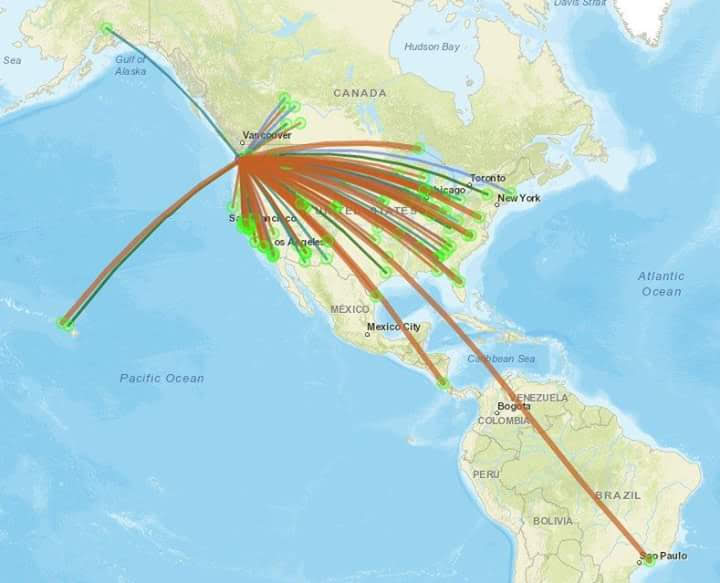 I hope this post has given you some ideas when it comes to your U3S project. Please be sure to let us know how it goes in the comments below!