Recently on HackADay.com there was an article called “FT8: SAVING HAM RADIO OR KILLING IT?” which drew fire from some and praise from others. The article title itself was a little click-bait-y but justifiable. According to the source article over at flexradio.com FT8 lovers and haters are split almost 50/50. Some say its awful because FT8 doesn’t permit “real” contacts, and others love it because of its obvious benefits. I highly recommend reading the article- it’s quite good and has some excellent insights. But be sure you come back here when you’re done. This article is as much a response to the HaD article as it is to the flexradio.com article.

Is FT8 ruining ham radio? Is it saving it? It is neither. It is a fantastic mode with a lot of potential out it certainly has made amateur radio interesting even during a solar minimum.

But I think that there is something that is saving ham radio. At a time when the solar cycle is at an all-time low, it is surprising that there is a resurgence a type of radio that generally relies on excellent propagation to make contacts: QRP. QRP typically means less than 10w output on SSB (voice) signals and less than 5w on CW (Morse Code) or digital modes, depending on who you ask. At first this sounds counter intuitive; why would a low power mode gain popularity when the solar cycle is at an all time minimum?

The reason for this lies not in making contacts that would be possible with a high solar cycle, but with something a bit more on the practical side. Let’s explore a few of the reasons that QRP’s popularity is on the rise.

A world of people on the go

Mobile phones tablets and laptops dominate the consumer electronics market for a good reason. We want our electronics to be where we are, not the other way around. We live in a world where one minute you may be renting an apartment in the city, and the next you might be living in a trailer out in the woods. Many households do not have the living space for a radio shack or putting up permanent antennas.

How could QRP possibly solve these issues? First let’s address the idea that we want our electronics to go with us. QRP equipment is light can be battery powered and is usually compact.

Many QRP radios are specifically designed to be taken backpacking, hiking, or outdoors and on some level. The Yaesu FT-817 (now 818) has been an industry standard for a long time and is designed for portable use.

The entire industry surrounding QRP focuses on being able to get on the air from any location in just a few minutes. Then there’s  the whole prepping movement which is a whole different topic. Many people have a compelling reason to own portable gear- even if you don’t consider all of the benefits of being able to operate anywhere.

Radio, or feeding the family?

Now lets factor in cost. A typical HF radio with 100 watts output on all HF bands will set you back at least $500 for an entry-level radio. That is considered cheap. For a higher end rig with all the bells and whistles you’re looking at several thousand dollars- and that does not include any of the supporting equipment to get on the air! If you’re going to spend thousands on the radio you might as well spend thousands on a tower, rotator, antennas, and the finest quality coax you can buy. Granted, it doesn’t have to be this way. One or two thousand dollars is enough to get on the air with a modest setup, and it can be done for a lot less if one shops for used equipment and what not. But a ham just starting out still looking at $500+ in almost every scenario.
Now let’s fast forward to Modern Times when not everybody has thousands of dollars to spend on radio equipment. Many are working just to survive, and their disposable income is little to none. Should amateur radio be restricted to the “haves” rather than the “have nots”? Hardly!

QRP To The Rescue

QRP solves the problem in this way: It is quite possible to get on the air, with worldwide communications being attainable via HF radio for about $100. This is especially attainable If one researches carefully and has a modest electronics kit  such as a soldering iron and some very basic items that many tinkerers will already have.
In the last few years, technology that used to cost hundreds of dollars is now affordable for anyone. Take the whole Arduino movement for example; a powerful micro controller is available for just a few dollars, and is programmable using free software via USB. The same advancements that started the Arduino boom have crept into ham radio equipment as well. Since about 2016, the average person can buy a QRP radio for a fraction of the price of a Big Boy radio. 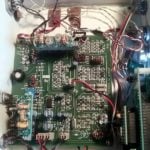 The BITX40 is a great Single Sideband (voice) radio to get on the air with and the kit is self is only $59. It requires minimal soldering and wiring. If you are already into CW then the QRP Labs QCX  is hard to beat at $49, and for the QRP Labs QSX All Mode Transceiver will be out soon for around $75 and is going to rock the industry. Take any of these radios and add in some coax cabling and some reclaimed wire for an antenna,  and you will be on the air very quickly. Granted, it’s not beginner-friendly because you actually have to learn how the radio works how antennas work and how to operate; But that in itself is a great reason that QRP is “saving” ham radio- fewer appliance operators!

One of the QRP mainstays has been Morse Code (CW). CW is great because it does not require complex equipment and it is a great mode for low power and small antennas. CW lends itself to being easily heard even with weak signal strength, and with QRP it really shines. That’s not to say CW is the only QRP mode- not by a long shot. Regional SSB (voice) contacts are common, and long distance contacts are definitely possible with stations who have large antennas. But what if neither station has large antennas or high-power? And what if you don’t want to learn Morse code? 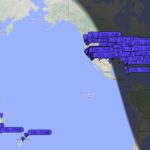 Here is where the digital modes like FT8 come in. With the radio input and output tied into a computer, digital modes can be used. A computer does the talking for you. FT8 is one such mode and that has expanded into JS8 Call. JS8 Call is a mode that is conversational and based on FT8. You can speak with people as if you were talking to them over a computer chat, all via HF radio. Transcontinental and transoceanic contacts are not only possible but are commonplace, even with low power output and simple antennas that can be erected anywhere, temporarily or otherwise.

Take that all in for just a moment. For about $100 you can have worldwide communications in a portable set up that you can take to the park or to your new apartment and set up in minutes. You’ll have contacts ranging from hundreds of miles to thousands of miles away!

So is FT8 actually saving or killing ham radio? No. But what it is doing is making more possible with less power. QRP and FT8 (or JS8 Call) is a perfect match! Curious experimenters can afford to get on the air and make worldwide contacts without a huge investment, which goes right back to amateur radio’s roots.
What do you think: Is QRP saving ham radio?  Let us know your opinion in the comments below!