Getting Back into Ham Radio (aka UV5R Basics) 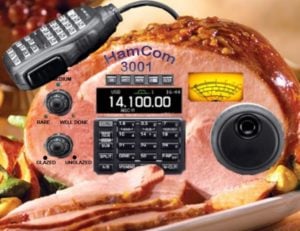 Getting back into ham radio was a long drawn out process for me, and I must admit it’s still ongoing. I don’t necessarily need it for anything, and I’m not one to just sit and chat with strangers, or get into a club of any sort. It’s just not who I am. But, I did get my Amateur Radio license in the 90’s and made use of it at the time, mostly with 2m VHF around the Reno, NV area.

Fast forward 20 years, and any equipment I used to have has been sold, or worse, stolen. It’s time to get back into it a bit. A friend of my has always wanted to get into Ham Radio, and was gifted a Baofeng radio. He recently got his Technician license, and I’ve been helping him make use of it on 2m and 70cm. The biggest problem my friend has is that he is using the stock antenna that comes with the radio. Those things are just enough to keep the final amplifier transistor from blowing when you transmit, and little more.

When I bought my Baofeng UV-5R 2+, I purchased a 15.6″ long whip antenna for it. It seems to do quite a bit better than the stock antenna, especially for simplex operations. Yes, it’s a bit on the long side, but I haven’t had any problems because of that. It also dramatically increases FM reception, which is one of the things I use my radio for.

I do have a Windows 10 computer, but I also use an older laptop running Linux for the programming. Windows requires some funky driver trickery to get it working (the drivers fault, not Microsoft’s fault), and I’d rather not mess with it. It Just Works.

So if you’re just a guy trying to play on the radio waves a bit, or a prepper who thinks that radios will matter when the world ends, now you know what gear you’ll need to make your $30 radio work decently. You’ll need a ham radio license to transmit on ham radio frequencies. You can listen on any frequency, but the Baofeng radios aren’t FCC approved for anything but ham radio, so don’t be silly with them!