An Inexpensive Digital Multimeter for the Thrifty Ham

It’s been a busy month at Chez Geek. This post involves an improvised lathe, a burrito, Linux, antique cast iron, and a duck. We’ve been working on projects off and on, and have had some family health issues to muddy the waters as well.  Rather than tell a big long story, here’s a few headlines from the past few weeks. 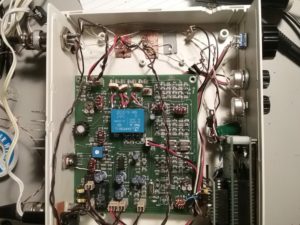 I’ve been  fiddling with a broken BITX40 that wouldn’t transmit. I spent time tracing proper continuities, checking for blown components, and removing a suspected failed PTT relay. I also removed all the previous work I’d done on the board so that I could have an easier time troubleshooting the circuit. My cheap multimeter was really handy for all of this work, as was my cheap soldering iron. I’m very impressed with both of them, especially considering the low cost.

The 20M conversion was undone, and, some traces that I erroneously cut were properly repaired. I was able to get it back on the air by installing a new PTT relay. The new relay has a different pinout than the old one and is quite a bit bigger, so some creativity was in order, as you can see in the picture.

I’ve since done the Q13 diode mod that keeps Q13 safe in the event of a strong nearby signal, and have begun work on re-adding the 20M dual band option and getting it back up and running on digital. The VOX unit I built still works, but I am going to rebuild the VOX so that it fits in the case with the BITX40 and can be adjusted from the front panel. It might be Arduino based. We’ll see.

The only nagging issue I’ve had with the BITX40 was that the frequency adjustment wasn’t accurate. It was always up to .5mhz off, which isn’t a big deal but is annoying. I finally solved this by removing the offset from the VFO, and outputting a signal on 10.1mhz. Then I tuned my IC-706 to 10mhz and watched the waterfall in WSJT-X. It showed a signal at 10.15mhz, so I adjusted the Clock Reference setting on the VFO until it matched exactly. Voila, done! Then I re-set the VFO offset for the BITX40, and now it’s perfectly aligned. It was nice to get that done. 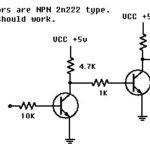 While the BITX40 was broken, I worked on getting the IC-706MKII on the air. A acquired this as a gift from a friend who knew I’d put it to good use. I found the pinout for the Accessory plug on the back, and rather than spending money on a cable or connector for it, I built one. I also used the EASY-DIGI interface ($10 on ebay) and a serial USB adapter from Amazon for PTT. I bought the wrong adapter, and had to build a small circuit to get it to do what I want. I used two NPN transistors to invert the pin from up to down, and amplify the current so that it would drive the opto-isolator. I could have avoided this if I had bought the correct adapter, but oh well. It was fun to learn. 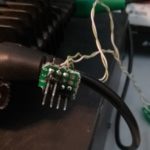 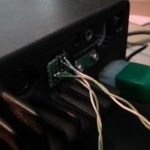 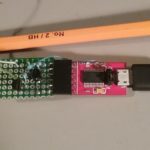 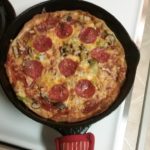 This is rather obvious- everybody’s goal is to eat regularly. But two things stood out.

First, I used antique cast iron handed down from my grandmother to cook an amazing pan pizza. This pan came to the west on a wagon, and my grandmother told stories of her great-grandfather and his daughters having snakes drop on them as they lived in a dugout, and washing this very pan with dirt due to a lack of sufficient water. I think of it every time I use the pan. Thanks, Nana.

Thanks to my amazing wife, the pizza turned out great and tasted fantastic with jalapeno, mushroom, onion, pepperoni, and lots and lots of cheese and seasoning. 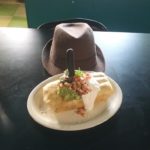 My next culinary adventure involved a return to Quality Burrito in Olympia WA. About 3 years ago some old workmates and I met here for dinner. We all worked remotely, and so this was the first time we met. Fond memories of great camaraderie, but also great food.

My wife had a doctors appointment that lasted several hours and this meant I would need to feed myself. I returned and ordered a Steve’s Deep Fried Burrito with steak. SO delicious. Also $15. But super delicious!

At some point I’ll post a picture of my office chair, but suffice it to say it’s not just an office chair to me. Since I work remotely from home, I spend a lot of time sitting and I need to be comfortable. This chair changed my work-from-home life. Purchased at a garage sale for $25 two years ago, it made my life better and allowed me to focus on work rather than the pain. I call it “The Chairiot.” Recently though, The Chairiot broke! The spin-to-raise-or-lower mechanism (a big screw into the base of the chair) broke when the big nut that it screwed into actually broke away from the post it was pressed into. The pipe itself just fatigued and cracked. My solution was to sleeve that pipe with another pipe. Unbelievably, 3/4″ EMT fit inside it perfectly, and I was able to sit in the chair again! But EMT is super weak (not a structural pipe at all, despite its magical outside diameter) and so I had to try again. This time I purchased a 3/4″ hardwood dowel. It was too big by just a few moose hairs, so I devised a way to make it a few moose hairs thinner. Behold, the anti-lathe: 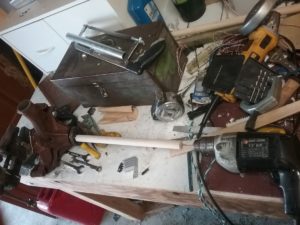 An old Chevy water pump and a drill. A small nail in each end, and the nail chucked into the drill, the other end in a bolt hole on the water pump. A water pump was chosen for its weight and strategic bolt hole location. Plus, it was within arm’s reach! The chucked nail worked poorly and transferred too little torque, so a wire brush (the kind that have a hold in the middle and have wire sticking out parallel to the shaft) provided better centering and more torque transfer. I rigged the trigger and powered it up, and used a combination of a knife and sand paper to reduce the diameter. After about an hour of test fitting and experimenting with ways to remove material quickly, it fit right into a new piece of 3/4″ EMT. A bit more boring work was done to center the newly strong shaft into its base, and then I reassembled it- and it didn’t bend the first time I sat down. Success! And all for about $11.

Well, not completely. But now I know how to administer a server, at least in part, with Ansible. If you’re not familiar, Ansible is a Linux configuration manager. Give it root or sudo access to a server, and tell it what what you want installed and how you want it configured, and it just makes it so. It’s very cool and is a great way to administer many servers with not huge amounts of work. It does have quite a learning curve, however! I have found a Youtube series that has made it possible for me to learn this. If you are interested at all in Ansible, I highly recommend you check out this video series from Ben’s IT Lessons:

I still have a lot more to learn, but now that I know how Ansible works, I can start doing some basic things with it and get started with making life easier. Gotta love it!

To end this post I leave you with a poster seen during my first visit to Hobby Lobby, where I saw way too many craft items and some things that might even be BITX40 related, such as wood boxes that could be used as a BITX40 case. Otherwise, this was the most relevant thing I found: 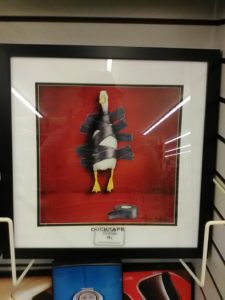